How to Use Reddit to Get More Traffic Insanely and Broaden Your Audience?

Reddit is possibly the most intimidating social network. If you’ve never used Reddit to drive traffic before, Learn How to Use Reddit to Get More Traffic Insanely and Build Your Tribe. Marketing on Reddit is different than other platforms. You need a simple plan to get new traffic and to be able to execute it perfectly!
Many of us lose hours trying to create and then post quality content on Facebook or Instagram, with no success in sight. Your blog doesn’t receive any more traffic and the audience expanded poorly.

A new kind of strategy is required. One of that uses Reddit.

This is 6th most popular website in the United States and the 21st in the world.

With over 1 million communities and 51 million unique users, it has a decent 40% bounce rate for its size and represents one of the best ways to drive traffic to your blog.

You can drive not only usual traffic, but also high converting one. It doesn’t matter whether you want it converted to
Any business that wants to be successful should not ignore such a big source of potential content viewers. 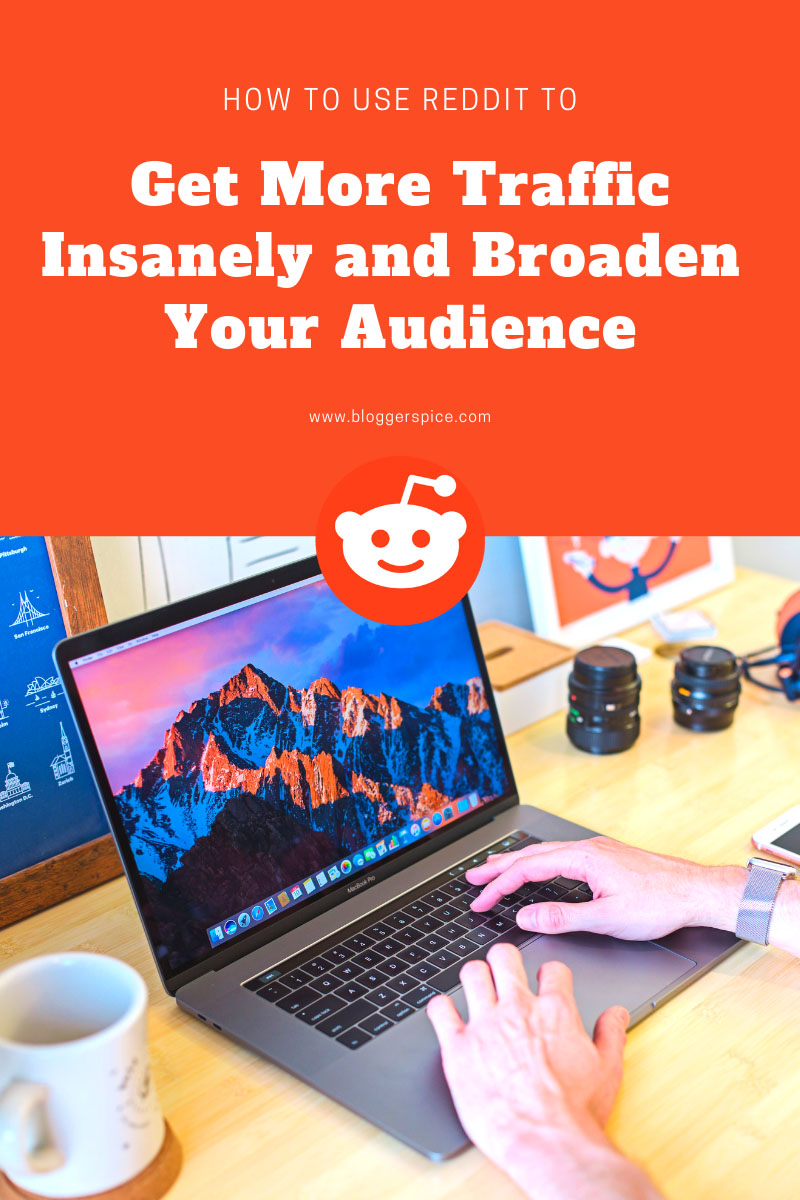 But successfully using Reddit for traffic generation is not an easy task.

The Reddit community, and it is a community before anything else, will happily teach you about their golden rules of using forums and social media to spread your blog. Don’t spam as there won’t be any positive feedback and interest in it.

Reddit is infamous for hating the people who only spread their own content and “exploit the system” – which is utilizing Reddit to get visitors for your blog.

Fortunately, there are some methods that you can use to submit posts to Reddit and drive huge amounts of traffic to your website. 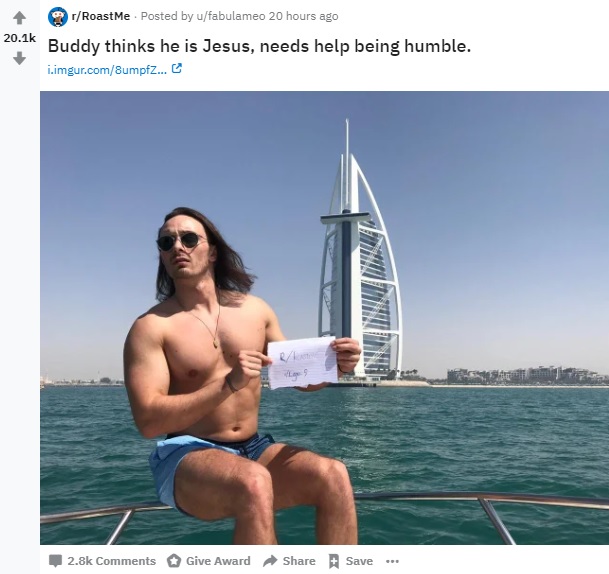 In this article, we will educate you just that through-

Reddit – one of the most intimidating social networks today and one of the oddest at that. It started in 2005 and grown enormously from there. One of the causes of this growth was that it acts as a huge aggregator.

For someone who is new there, everything looks terrifying and like a bunch of nonsense. For starters, it has a visual of an early 2000s message board. While complex, it is easy to get used to. And this is known for its ruthless users. Those users submit posts, comment on each other, share views and vote.

They also submit links from other sites that are relevant to a specific community. Such submissions have the URL link at the end of the title.

User submissions are also called self-posts of text-posts. They are original contributions from users. Anyone can easily identify them by looking at the self-tag at the end of the submission. This is what you will use to drive traffic to your site.

Another important concept here is karma. Basically, users can either downvote or upvote each submission. A high karma score is what you will need in order to hold some credibility in the eyes of the community. 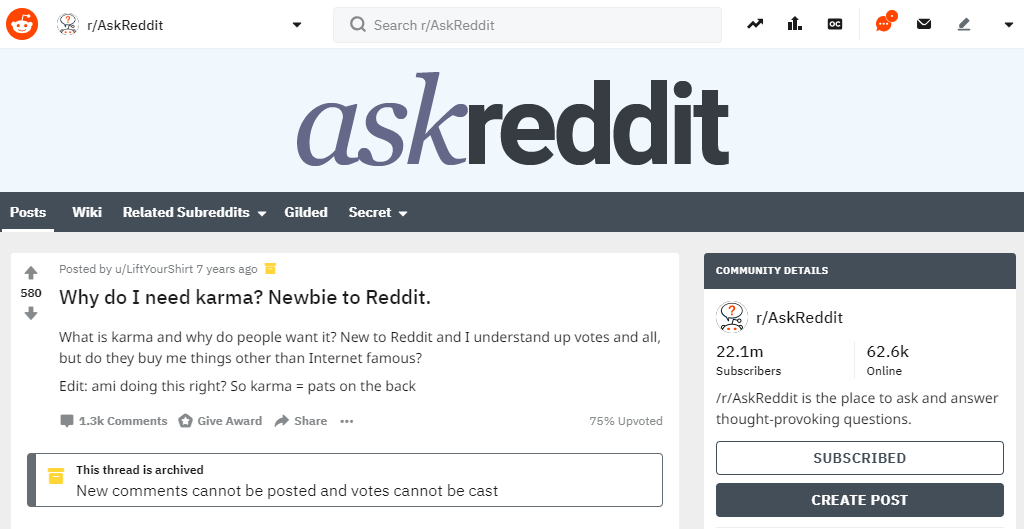 Subreddit represents sub-communities of users that are based around a particular interest, topic or category. There are many different kinds of them such as


Where a user can discuss the topic, post links or texts about.

They can be identified by its URL structure reddit.com/r/subreddit. To search for a specific one, replace “subreddit” in the URL with a key-word or phrase. Or use a search bar on the right-hand corner of Reddit’s website. 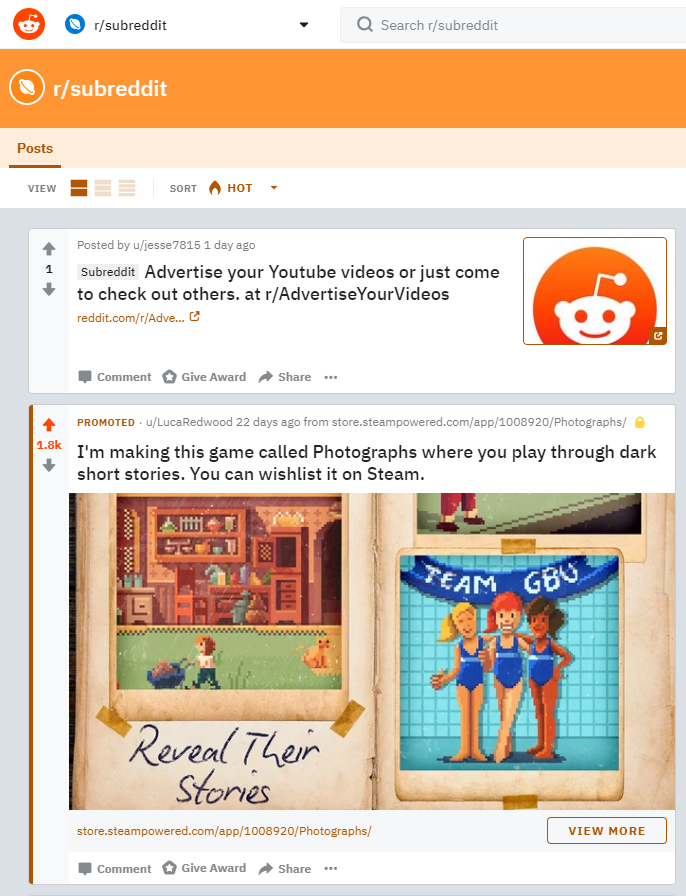 Each subreddit is identified by the URL structure Photo

Before trying to post content, you’ll need to choose a subreddit. Pick the one that is active, with enough viewers, but not with too many of them since your content can get buried under a ton of submissions.

Of course, if you have already chosen a specific niche, search for that. In addition, by choosing a specific niche on Reddit you can more easily reach the top posts ranking.

Notice what the audience is already discussing in the subreddit. If some topic is more popular and is being discussed more presently, use this when writing content. Follow trends that arise. Remember to use the same language and organic interests inherent on the site, unless you want zero followers. Sift through various subreddits and note conversations by category in order to find patterns of valuable content to discuss.

Again, before posting your content to such subreddits remember to “read the rules” first. Every subreddit follows its particular set of rules and regulations that you must abide by. You can find this on the right side of the subreddit in question.

Now we will see how to Use Reddit to Drive Traffic and Broaden Your Audience?

Reddit users are known for frequently checking owners' profile and its submission history after they comment on his submission. Your profile, which is public by the way, will show records of your comments, submissions, and links – thus you need to create one that doesn't look like a spammer. This is especially true for new accounts.

Startupbros has applied an effective trick to drive traffic from reddit. They have posted about the first experience of Udoy academy course. The post was medium size but tactfully added their Blog URL to drive more traffic. 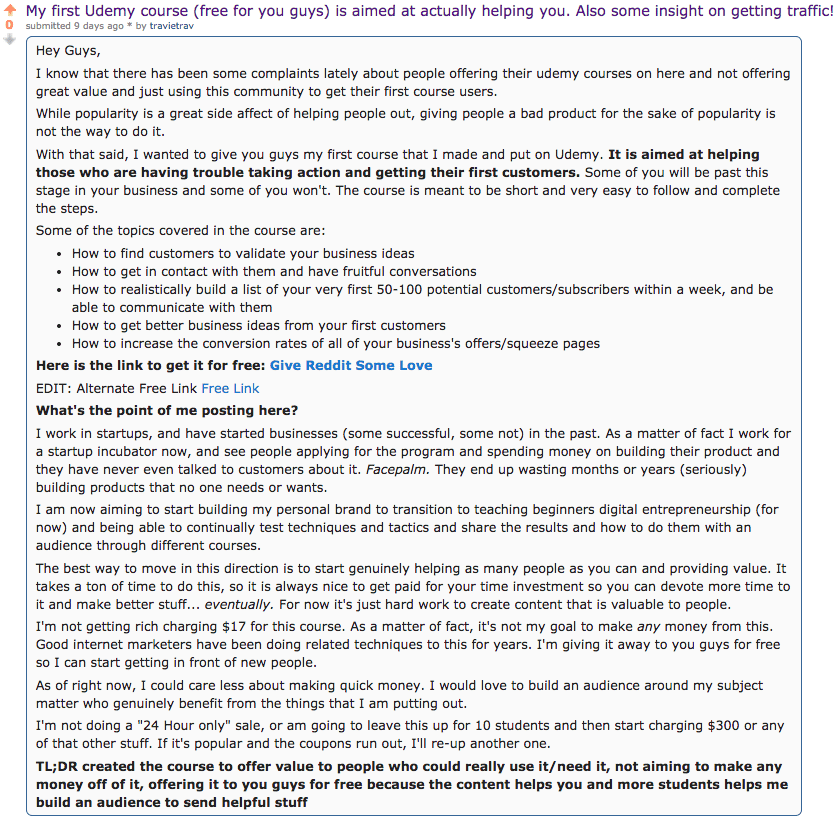 This means you have chance to drive traffic to any niche website from reddit. Suppose you are running a moving solution company, then you can write medium to long content on best moving companies and publish it on reddit to drive traffic.

We already mention how Redditors disdain people who continuously promote their own stuff because for them such people appear like they are taking advantage of the community.

Hence you need to be an active contributor, one that also submits other interesting things besides their own stuff. This way user will be more inclined to check out your own submissions.

If you sell sports supplements, post content about the benefits and usage of different kinds of them instead of just blatantly advertising yours. To this unless your wish is to be banned.

After some participation in your chosen subreddits, it is time for the next step – creating a post that mentions your site. Since you already researched top contents from each subreddit, your goal will be to create and post something helpful and valuable.

For instance, subreddits like /r/entrepreneur are filled with in-depth complex articles and thus you would need to create a long, detailed article just for that subreddit. This will cause the least amount of negative backlash among users. But even the top submissions often receive some controversy on their part. This won’t present a problem as long as the negative comments are in the minority.

The more value a post has, the less negativity will happen. Often, identifying self-promotion is hard. Especially where the username is different from the company that was linked in the submission. Use this to your advantage. Although this could also mean you will get less traffic from it.

While on some subreddits people publicly admit that they’re linking to their own blog. Choose what best fits your style and, as a golden rule here, follow successful Redditors and copy their style – also a great rule for any Reddit usage.

Now will be the right time to create your first submission with a link to your site. You can optimize it in many different ways. Decide whether to link directly or through a text post. A wise decision would be to do both. Make the submission visually appealing. This is similar to standard content marketing techniques.

A# Capitalize your submission properly
It all begins with a beautiful title. Since reddit posts are curated (in the default view) ranked based on post’s upvotes it’s definitely worth it to take some time and make your title catchy and something the users will want to click on.

Big capital letters will help your post visibility, but not every capitalized title is the same. When creating a post,

For example, capitalize only important words. 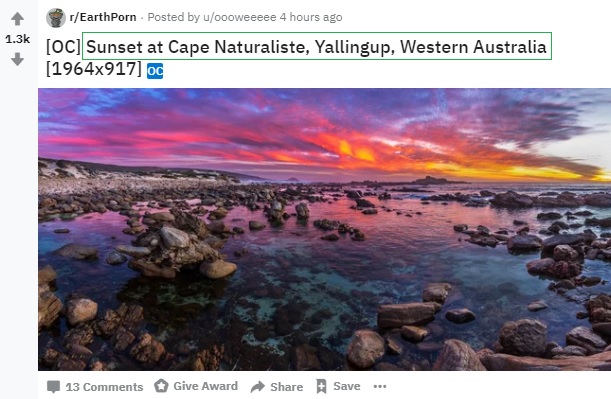 But when starting a discussion or posting a link capitalizes the first word and proper nouns. Look natural before anything else – capitalizing everything will only make it look awkward.

B# Use certain tags if applicable
Tag when is appropriate. When sifting through Reddit, you might notice words in brackets. These are so-called tags. Their purpose is to help people identify what type of topic they're looking for.

Visit different subreddits and look at what tags are people using. If any of them are applicable to your submission, use them in your title.

Some subreddits also have mandatory posts; hence make sure you read the rules and FAQ before posting content.

You have followed all the guidelines from above but still not getting a quick result, in this case you should follow some actionable steps to drive more traffic from Reddit. Those are as follows:

Reddit crowd is full of passion. Often that can backfire through severe criticism. But the Redditors love something, they go wild for it. This happens even with smaller subreddits.

This is not a place for spammer and you could get banned anytime for unusual behavior, because reddit moderators can see your activity closely. So don’t over promote your site in the same subreddit. Only active users will able to pull traffic to their websites.

There is an alternative option to drive traffic insanely from Reddit by advertisement on their site. By spending minimum $5 you can target your audience. For 1,000 impressions you have to spend only $1.

Redditors can be your tribe, but only if you provide valuable content in return. Go Reddit, master it – and the traffic will come by itself.

Are you using Reddit actively? Let me know in the comments about your plan to drive traffic from Reddit.