What is Vlog and What Does Vlogging Mean? 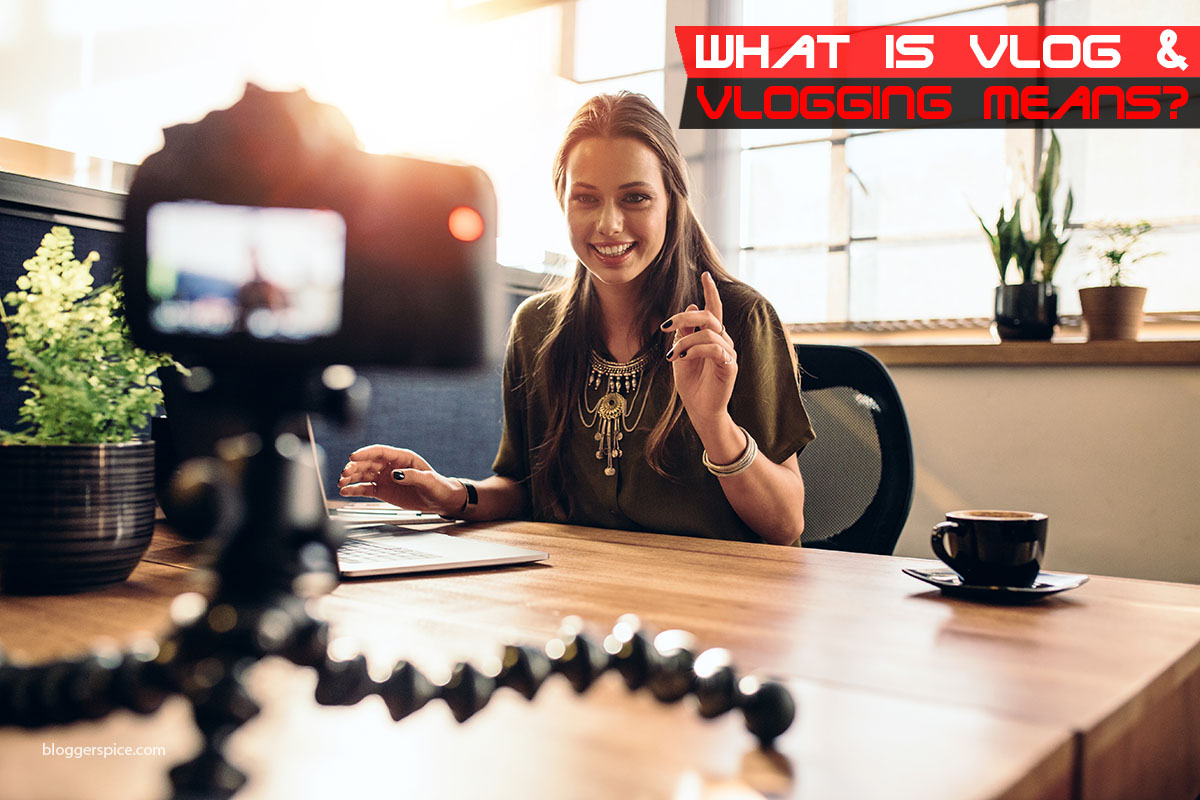 You may heard about the Vlog or Vlogging but somehow you have skipped this thing unconsciously. But this is the most trending subject in the internet world. People can broadcast their personal and event videos through their Vlog or video sharing sites. You can say this is a form of web television which we usually see it before in online.

There are many people just make videos about their daily life and interesting topics and becoming popular vlogger. It is quite easy to become a Vlogger and you don’t need any professional training for this. Also there is not any strict rules for Vlog and Vlogging. Just uploading videos in the internet or in video sharing sites or publishing it in a Blog post you can start Vlogging.

Let's take a closer look at the world of Vlogging or video blogging.

What is a Vlog and Vlogging?

Vlogging means Video blog or video log. In a sentence we can say a vlog is consist of video clip of your or any specific events. This is a process of creating video and where people can watch your videos on a video blog or through video sharing sites.

Those who don’t want to type for article creation for their Blog and websites Vlogging medium is ideal for them to express ideas. Moreover peoples are giving preference in Vlog over Blog.

What Is The History Of Vlogging?

Formerly we are only well acquainted with blogging and we don’t have any idea about vlogging, because previously we called it podcast. The term podcast was used for both audio and video blog posts. But vlogging has got rapid popular in early year 2000. At that time very few options were available to share own videos in online.

On January 2, 2000, “Adam Kontras” was travelling to Los Angeles for show business and he posted his first video for informing his friend and family and on the same year Mr. “Adrian Miles” posted a slideshow type video with changing text which is coining the term vog. Later in 2002 film maker and musician “Luuk Bouwman” created his first video blog called Tropisms and this is one of the first sites called a vlog.

YouTube was started their journey in 2005 and within one year it becomes top 5 most visited website. At this state everyday 100 million videos views by viewers and total 65,000 hours of video was uploaded per day.

So this is the brief history of video blogging. But now blogging become very easy for various video sharing site like YouTube, Daily Motion, Vimeo etc.

What we need for Vlogging?

Vlogging is all about producing and unloading videos for viewers, so for creating videos you need some components. Those are as follows
This is your primary things that you need for making videos. However if you want to make tutorial video by screen capturing then you need only Laptop or Desktop computer, Microphone and video editing software.

Initially you don’t need to invest in expensive video cameras, it is required for outdoor shoot and other purpose. Without video camera by screen capturing you can make video tutorial and start Vlogging. Alternatively you can turn your Smartphone into professional video camera, simply use your Smartphone for capturing videos from outdoor and use it for your video blog.

How to Create a Vlog?

A video blog can be create personally or through video sharing sites. So before starting your own Vlog you must decide where to start Vlog.

Own Video Blog:
Video Sharing site:
From my point of view you must start video Blog in video sharing site. Simple you can create a new channel there and start uploading video, as well as through video monetization you can earn money.

At present YouTube and Daily Motion is paying money for video monetization. So you can upload same video on both video sharing site which will bring money for you.

Before starting your own vlog, it is important to figure out what kind of vlog you are going to create. There are many types of video blogging idea available. You can have a look at the below categories.

Beside of above ideas there are plenty of Vlogging ideas you can grab to start your video blog. But it is totally depend on your target audience.

Vlogging in The Present Day

People are now more connected with video tutorials and less active with long text based blog tutorials. So everyday video views increasing dramatically. Advertisers and marketers has taken this trend as greater opportunity to promote their goods and business.

YouTube become a robust platform for video sharing and people from all around the world are using this platform. YouTube already conduct award ceremonies for the creative YouTube Vloggers. This is one of the biggest steps for the Vlogger community around the world.

I think you got a clear idea about Vlog and Vlogging. The boundary of Vlogging is ample and by vlogging you can also start your career. There are zillions of Vlogger living on their vlogging income.

If you are thinking about starting your own vlog then I will say this is the right time for starting your own vlog. You can become popular as well as make money from your video channel easily which will support your lifestyle. Even at a certain period of time you can quite from your daytime job. For many renowned bloggers and vloggers, Vlogging is their primary source of income, and way of making a living.

Let me know what are you thinking about Vlog and Vlogging?