What's the next Evolving Trend in Flat Design?

Are We Finally Moving Away From Flat Design? Is the flat design trend finished? Learn more about evolving trend of Flat design.

Just like fashion, technology, or social media, the world of web design has also seen its trends throughout the years.

However, among these trends, one managed to stand out from the rest. That's because, although it was first introduced more than a decade ago, it's still evolving to this day. 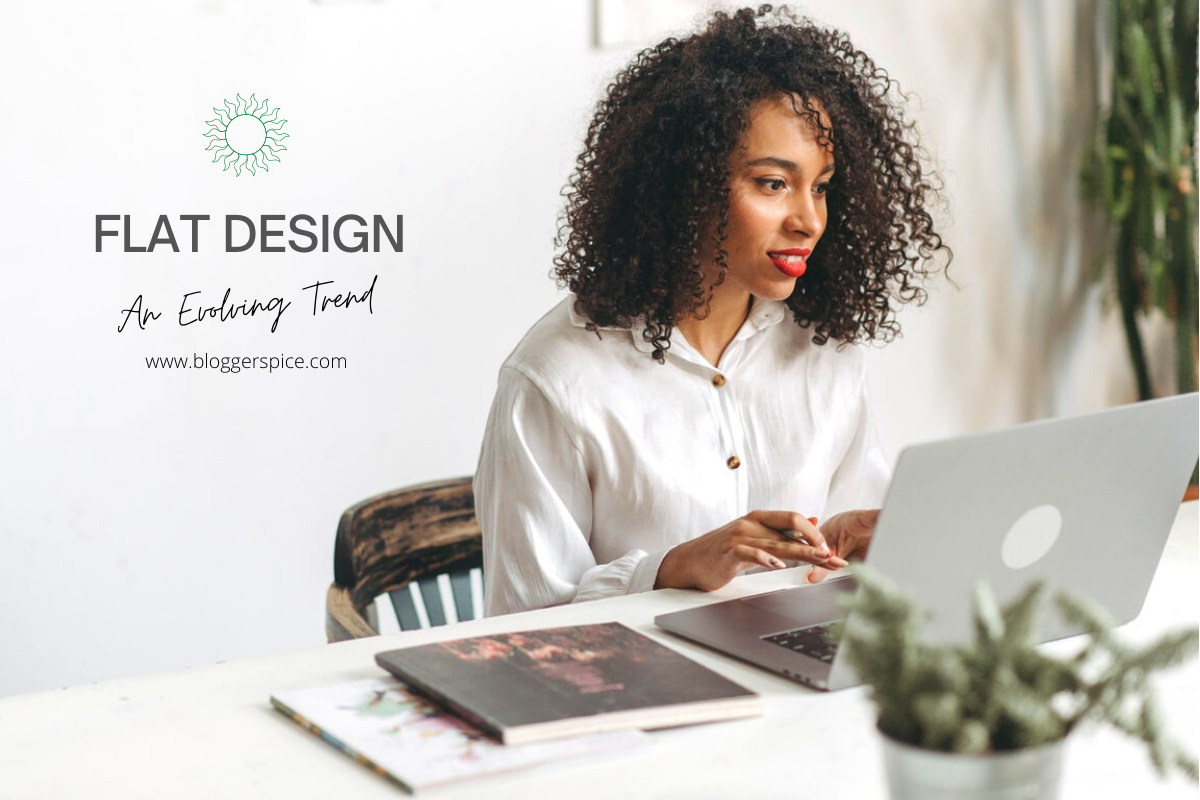 What Is Flat Design?

Its main purpose is to make websites more streamlined and efficient, managing to quickly display the information a visitor might be interested in while still keeping the website aesthetically pleasing.

Flat Design is commonly used when creating responsive websites. Because of its simplicity, web pages can load faster and resize easier, which is not to be ignored.

Experts at Digital Silk, a web design agency in Miami, say that a one-second delay in load time can reduce your page views by 11%.

To better understand this design language, let's take a look at some of its core elements.

Flat design has a range of advantages that have increased the productivity and heterogeneity in digital design, as well as drive contemporary print design trends. We'd like to highlight a few of the most important elements of flat design:

The hamburger menu is a staple of Flat Design. Instead of displaying all of the navigation links in a long list of buttons that will take up a large portion of the screen, flat websites typically hide most of these navigation links behind a hamburger icon while keeping the essentials visible.

As a result, the hamburger menu allows for a clean user experience as it eliminates any unnecessary distractions and makes visitors more likely to convert.

The buttons that remain outside the hamburger menu are typically designed to be as unobtrusive as possible. They mostly provide a subtle hint to let users know where they can interact with the website, rather than being intrusive like on other websites.

In most cases, they are made out of the clickable text, hence the name. However, if designers need to make the buttons stand out more, the text will be outlined.

Flat websites can often look boring, which is one of the main drawbacks of this design language. To spruce things up a bit, designers will place a large hero image to serve as the website's background.

That's another reason why designers use ghost buttons on flat websites. By using conventional buttons, you will do nothing but obstruct the image, making your website look off as a result.

Speaking of drawbacks, let's take a look at some of the pros and cons of Flat Design.

The Pros of using flat design

1. It's compatible with responsive design

This grid-based layout also allows visitors to quickly scan and navigate through the website. That's because every design element has its dedicated place and uses simple geometric shapes to ensure uniformity.

Designers can quickly arrange these elements easily, showcasing the content in the best way possible.

3. It's designed for readability

Most websites use typography only to grab the visitors' attention. Web designers often treat it as more of an aesthetic element rather than anything else. However, with Flat Design, typography is more functional.

Designers typically use sans-serif typefaces as they are no-nonsense. Their design is simple and straight to the point, which is perfect for making a big statement and using it as a headline.

The Cons of using flat design

Although the point of Flat Design is to provide a better user experience by making everything simpler and easier to comprehend, if not implemented right, it can actually do the opposite.

Take the ghost buttons we've talked about, for example. Because they do not have any strong indication that the text is clickable, users might have a hard time figuring out what they can click on.

Or the hamburger icon. Some users may not notice it, and as a result, they won't know how to find other navigation links, like the "Contact Us" page, for example, ultimately determining them to leave your website.

2. It can make it hard to be unique

Due to the lack of customization options, you can often come across websites that look very similar.

That lack of customizability may also cause websites to look plain and boring. Consequently, you'll have trouble getting users engaged with your website.

As we've mentioned, Flat Design is still being used to this day, meaning that for most people, the pros outweigh the cons. However, as the title suggests, this design language is an evolving trend.

With that said, let's take a look at the history of Flat Design and see how it evolved over the years.

The Evolution of Flat Design

Flat Design originates from 2006, under the name of Microsoft Metro.

Flat Design was used for the interface of Zune, a flash memory-based player that aimed to compete with the iPod Nano. These devices were taking different approaches to design language. Apple was using skeuomorphism which was all the rage back then.

Skeuomorphism aimed to bring the screen closer to reality by using faux-realistic textures, drop shadows, 3D elements, etc. In other words, this design language was the opposite of Flat Design. 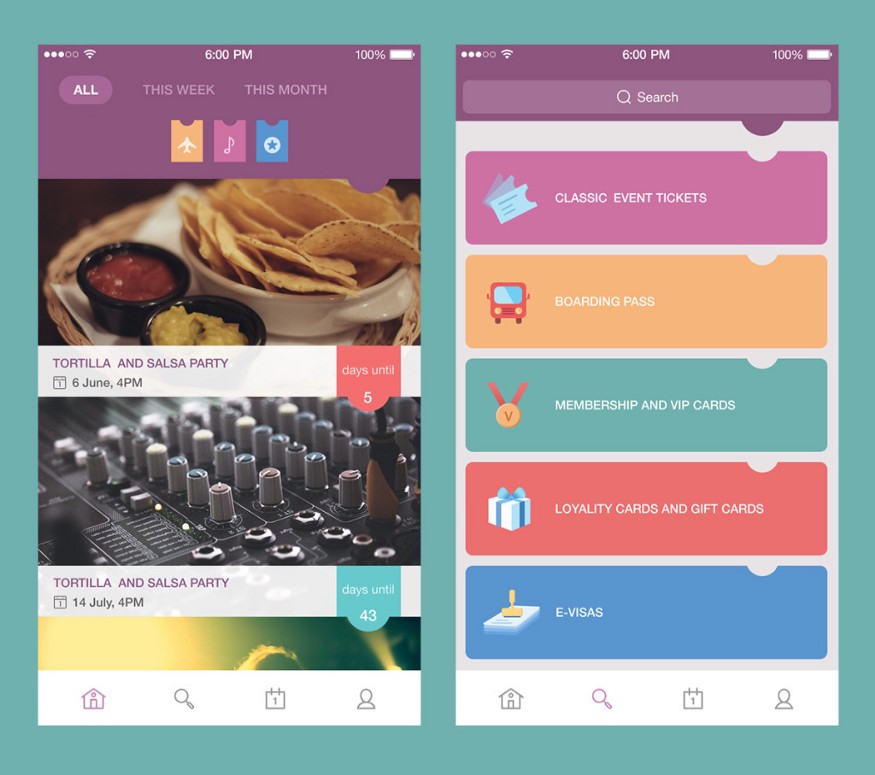 The first instalment of Flat Design still has many things in common with what we can find in today's websites, like using a minimal number of elements, simple geometric shapes, etc.

However, everything that Flat Design stands for was more exaggerated back then. The interface was very bare-bones and was widely regarded as boring.

What's more, because of Metro's lack of shadows or gradients, users were often confused when telling which UI elements are interactive and which ones weren't. But it was still promising, which caused it to enter the next stage.

Also known as "Almost Flat," this concept was introduced in 2013, being used in Apple's iOS7. Although Apple resorted to adopting the flat design language in their new operating system, that doesn't mean that they have completely forgotten about skeuomorphism.

You could still see some skeuomorphic elements, like gradients with app icons or background blurs which established a visual hierarchy, something that was difficult to achieve with the previous Flat Design model.

Furthermore, Apple's iOS7 also used rounded corners in its design, most prominently seen with app icons, contrary to the angular geometric shapes that Metro has used.

In other words, the concept of Flat 2.0 aimed to bring the simplicity and functionality of Metro's design language and combine it with the aesthetically pleasing elements of skeuomorphism, which proved successful, as this was when the concept of Flat Design has started to gain popularity.

Because of how clunky the design of Android was back then, many manufacturing companies chose to adopt heavily modified versions of the stock operating system to improve user experience.

This caused Google to create their spin-off of the Flat Design concept in 2014. Also known as Material Design, this design language was inspired by the physical world and its textures, aiming to replicate light and the casting of shadows realistically.

As a result, Google emphasized motion, responsive animations, and layering of elements. Although it may sound similar to Flat 2.0, Google's Material Design was guided by print design methods, imagery, colours, grids, and space to create a visual hierarchy.

For the placement and organization of content, Google used components like cards, sheets, or lists, similar to what we see today.

Google integrated Material Design all across its ecosystem, beyond the Android interface, which popularized the Flat Design concept even more.

Fluent Design is a recreation of Metro's design language. It was first introduced in 2017, aspects of this Design first appearing in Windows 10 and Xbox One's system software.

Fluent Design is based on five key components: light, depth, motion, material, and scale. As a result, this design language uses blurred transparency, drop shadows, animations, etc., things that Metro lacked back then.

The Future of Flat Design

On a final note, the Flat Design concept seems to continue.

As we've previously mentioned, many mobile developers adopt this design language because it allows web pages to load faster and resize more efficiently.

And with how much we use our smartphones nowadays, these advantages can make a noticeable difference.

Flat design is also cheaper to implement. Of course, it has its flaws. But as we've seen, by combining richer design elements, you can mitigate the drawbacks of this design language.

He is a business consultant and an organizational psychologist based in Arlington, Texas. Passionate about marketing, social networks, and business in general. In his spare time, he writes a lot about new business strategies and digital marketing for DigitalStrategyOne.