What is CSS3 (Cascading Style Sheets)?

What is CSS3 (Cascading Style Sheets)?

Web developers are greatly well acquaintances with CSS because they massively use to add significant impact on design. This is generally used for formatting a website to the browsers. If we just add HTML without CSS they the design will be perfect. Because CSS plays major role to bring changes on HTML. CSS changes user interfaces written in HTML and XHTML. But we should know what exactly CSS.

What Does CSS Stand For?

“CSS” is an acronym for Cascading Style Sheets. This is a web-based markup language that used to illustrate the look and design of a website to the browser. This is most commonly used in HTML or XHTML web pages. In XML based template we see its massive uses ( in Blogger template and WordPress themes), including plain XML, SVG and XUL.

CSS is the main web-based markup language and CSS3 is the latest version of the CSS. Latest version's capabilities far beyond the scope of the first two generations. We can apply CSS3 to any kind of XML document, plain XML, SVG and XUL. This is also applicable along with HTML and JavaScript. 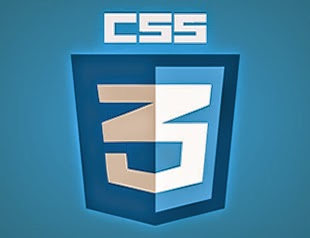 Interesting Facts and History of CSS

At the beginning of CSS journey 9 different style sheets were introduced and W3C institution in order to improve the presentation of web page.

Among 9 style only 2 of them became the foundation of Cascading Style Sheets. Those two style were CHSS (Cascading HTML Style Sheets) and SSP (Stream-based Style Sheet)

CSS are maintain by the World Wide Web Consortium (W3C). CSS has released various levels and profiles. And after improvements of one by one typically adding new features CSS released their latest versions. CSS released versions are as follows-
However we are hearing about CSS4 but this version will not develop massively after development of CSS3 completely. Because CSS4 is split into separate module. Beside of this CSS5 rumor has widely spread over the internet but this fact is not true. There is far away to release CSS5 version.