Node.js Top 10 Features and Benefits that You Need to Know

Node.js is an open-source back-end JavaScript runtime environment. Its wonderful features and benefits make it a powerful option among web developers.

While they say technology is bliss, the problem with tech is quite akin to time. In other words, both time and technology share the same boat, so each time you look at them things tend to change.

Nevertheless, there is some exceptional tech that stands the test of time. One such instance is Node.js–a cross-platform (open source) which was built using the Javascript runtime of Chrome. Since 2009, Node.js has only progressed to become a favourite for all web developers alike.

More so, some of the world’s most forward-thinking organizations like Amazon, Netflix, and Paypal use Node js for their enterprise applications. 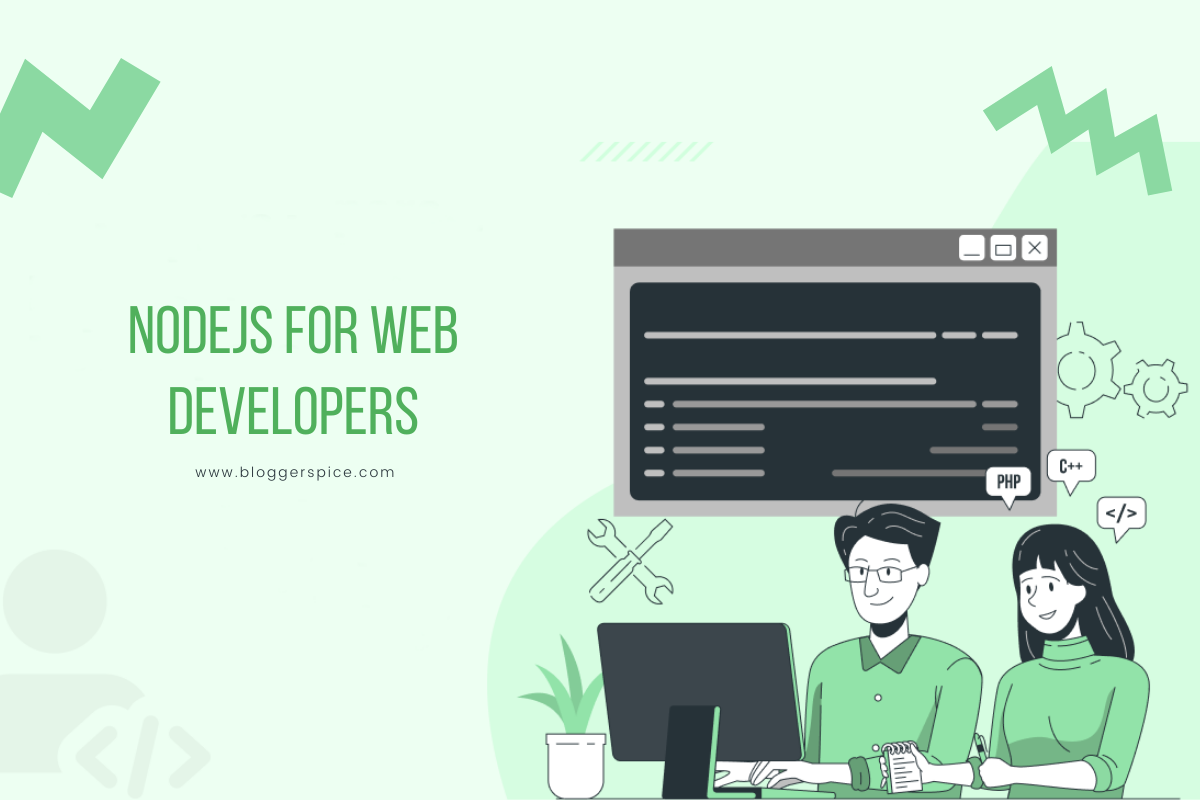 What's even better, contrary to what one would think how the emergence of AI is making way for a developer's need to fade away, the reverse only seems to be the truth.

According to a report released by the U.S. Bureau of Labor Statistics, the employment rate of web developers is projected to witness a spike by no less than fifteen percent by the end of 2026.

Having said that, with an increasing number of real-time IoT devices and data-intensive applications, there’s been a great deal of perceptible shifting of technologies that draws all favour towards Node Js.

Also, not to overlook the convenience that NodeJS Web Development Companies have using node js to write the javascript for both client as well as the server-side.

In this post, we trace the top ten features of this rewarding runtime environment that makes it an instant favourite among all web developers.

1. A Promise for a Much Faster Development Process

Using the V8 engine by Google, Node.js allows for a smart compilation of Javascript right into native machine code. This in turn guarantees an accelerated development process. Considering the fact that Node js is driven by events and follows a non-blocking I/O model, it becomes all the way convenient for both applications that are real-time based as well as uses in-memory data across a range of devices.

Thus, using Node.js, developers are able to execute a truckload of common tasks like writing or reading on to the database and network connections as well as file systems at blazing fast speed. The fact that it allows one to work with parallel connections with a much-increased throughput is always a blessing.

LinkedIn, which is one of the world’s largest professional networks, witnessed a significant boost especially in terms of mobile traffic and a much-reduced server count from thirty to three after they resorted to using Node.js.

Undeniably, a majority of companies these days are increasingly looking to work with real-time data. Using Node.js, it has become possible to build web apps that work by taking into account information that is generated in real-time.

It's as simple as building a blog using PHP. Also, Node Js can efficiently handle multi-user functionalities by resorting to an event loop which in turn uses a WebSocket protocol working on TCP. More so, it also helps mitigate any HTTP overhead geared towards web development.

Contrary to what most would like to believe, response and HTTP requests aren’t isolated events. Instead, they are real-time data streams.

With Node.Js in the picture, file processing during uploading is now a possibility, and not a far-fetched dream.

In other words, it has made it possible to save time that would otherwise go wasted in the shape of overall data processing in the shape of streams. It's almost similar in the case of real-time recording of audio and video files as well.

4. Node.js for Anything and Everything

It's only for Node.js that javascript manages to reside both at the server end, as well as in the browser. Anytime an organization feels doing away with the existing logic directed for a particular browser to be shifted at the server end, web developers can use Node.js to migrate things easily.

5. The Provision to Use a Single Code for Web-based Apps

Working within a Node.js environment, web developers can synchronize data easily between the server and client-side. As such, both sides are aware of any changes.

It's one such platform that fulfils a particular need, like the clarity of information for both sides in this case. No wonder, Node.js has been able to draw such a vibrant and large community.

6. Can Work as a Proxy Server

That it serves as a proxy server for a range of services that witnesses different response times makes Node Js a winner. Thus, it helps in the easy collection of data coming from several different source points.

Let’s illustrate this with an example. Any enterprise that runs an application on the server-side and is meant to communicate right along with third-party resources, collect and store data generally uses dedicated servers. With Node Js, they have a better option for all non-existing infrastructure or when one is looking at local development.

Node.js is home to a dynamic range of tools and other resources that can be used extensively for app development needs. There are several thousand modules to choose from for a multitude of tasks like connecting to MySQL, management of file uploading, and more.

Plus, it also works as a great tool for all web developers who need to reuse a particular code to help solve a certain issue. The package manager is one thing that allows javascript developers to download a range of updates pertaining to a specific code used in an app.

This is exactly what Paypal did when eyeing for developer productivity which surprisingly worked well, and did away working with several web developers.

8. A Great Choice for All Database Queries

Hands down, when it comes to writing database queries, Node.js always has an advantage as it uses Javascript for NoSQL databases.

For web developers, it means a lot as they don't have to recall syntax differences when performing a particular task of bringing together NoSQL databases and Node.js.

With Node.js gaining immense popularity among web developers, the hosting too has witnessed steadfast success. With Node.js it has become possible to bring down the load time of pages as much as fifty percent as well as the server count required to host the particular application.

Besides everything else, Node.js witnesses a flourishing and friendly community with a truckload of modules to give shape to particular functions, like client-server communication. Some of the most popular and functional frameworks developed by the community include the likes of Derby, Hapi.js, Express.js, and Meteor.

There you go with everything that is delightful working with Node.js. If you are considering beginning with Node.js, quit delaying and embrace a rewarding platform that can bring significant changes to your business, like nothing else in comparison.